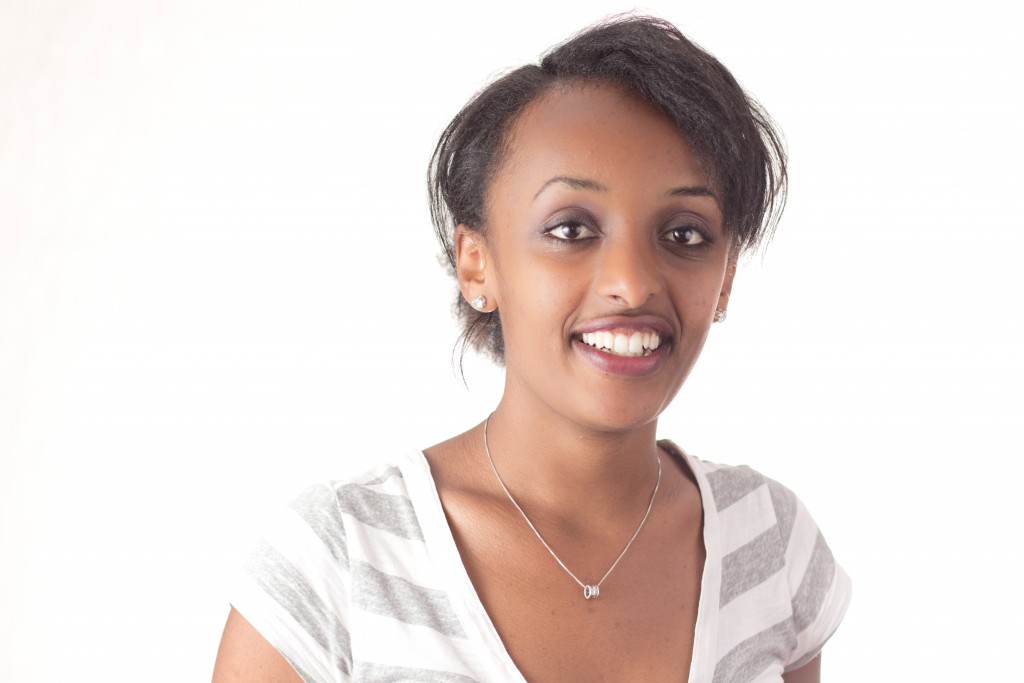 Jamila, 20, fled from Eritrea when she was just 14 years old. She was fleeing from religious persecution, and after being arrested managed to escape and leave the country with help from an agent. She left behind her father whom she has not seen or heard from since. She made her way to Greece and for two years lived in a church in Athens. She didn't get to attend school during that time and had no money, which meant she couldn't find a place to live and she couldn't consider leaving for another country.

I didn't know about England then , she says,  The people at the church in Athens said to me You have to go to a better place', they contributed money and they sent me here. When Jamila  arrived in the UK she was still only 16 years old. She says  I could understand English but couldn't speak it. Because I was under age they appointed me a social worker.

Jamila  lived at various young people's hostels for three years but it was often difficult,  It was sometimes hard , she recalls.  People stole my food from the fridge, so when I came home from college and I wanted to eat, I couldn't find my food. Sometimes there would be fighting. Despite this Jamila  started studying and dedicated her time to working hard at college. She dreamt of following in her father's footsteps, he is a maritime engineer, and Jamila  focussed her own studies on civil engineering.

In 2014 Jamila's key worker at her last hostel referred her to the Centre's Basil Hume House. Jamila  met with key worker Mohammad and was offered a place. Basil Hume House offers five self-contained move on' flats, that aim to be the final step young people who have been homeless take before moving on to independent accommodation. Young people like  Jamila  can live there for up to a year before becoming fully independent.   As Jamila  explains: I was lucky to be living in Basil Hume House.

It's nice, it's private and I didn't share a kitchen or bathroom. I had to take responsibility for my own flat. It was more a more independent way of living and a step towards living alone. In Basil Hume House no one disturbed me. People are more mature, more responsible, it's quite nice to get used to that. While Basil Hume House accommodation offers lower support than the Centre's main hostel, tenants know that Mohammad is always on hand to support and advise them. Jamila  says  "When I needed something I knew I could ask Mohammed. He gave me advice about housing benefits, the job centre and organising my accommodation for university. At one point my housing benefit wasn't paid and Mohammed sorted it out for me."

Living in Basil Hume House gave Jamila  he opportunity to continue her studies and get to the next stage. Over the last two years she has been studying civil engineering at Westminster College and she recently passed her exams with flying colours, earning a distinction.

At the beginning of October she took the final step towards independence and moved to shared halls at university in Surrey to begin  her degree in civil engineering. Mohammad is so proud of Jamila  and all that she has achieved. He says,  Jamila has been through such a difficult time but she has shown determination to succeed and pursue her dreams.   I know that she is going be successful and has a bright future ahead of her.