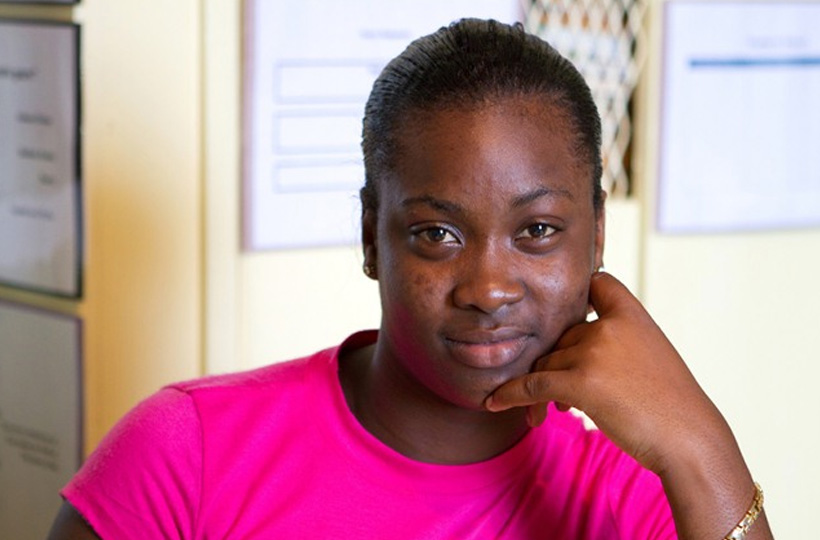 For many people who come to the Cardinal Hume Centre the support they receive provides  the stepping stones needed to start building secure lives for themselves. But their time here is by no means the end of the story; for many life is an ongoing struggle. Justine* came to the UK as a child in 2001. Originally from Jamaica, she had been brought to the UK by her father, who had intended to secure her a legal right to remain in the UK. However, in 2002, he  had to return to Jamaica to care for his ill mother, leaving Justine behind.

At 16 Justine tried to apply for her right to remain (which is also a right to seek employment), but was told that unless someone could apply on her behalf she would have to wait until she was 18. She managed to get by for two more years, but at 18 she found out she was pregnant. Having a young child made life increasingly difficult for Justine. She couldn't afford to submit a right to remain application, and as such had no job and no income. The stress of her situation began to take its toll. Justine became severely depressed; she stopped eating properly and became increasingly isolated. In 2010, when her daughter was only a few years old, Justine tried to take her own life by overdosing on her medication.

For two days Justine wavered in and out of consciousness. She dreamt about her daughter, and in lucid moments thought about how her daughter's life would turn out if her mother was no longer around. She recalls:   There were times I wanted to give up, but I couldn't; I needed to protect my daughter. I never had my parents around me  " I'd never want her to feel the same way. Thinking about leaving her daughter alone in the world was the wakeup call Justine needed, and she promised herself that she would never put her daughter through something like that again.

Following a recommendation from a friend, Justine approached the Cardinal Hume Centre in 2014. She worked with Philip in our  immigration team, and learnt a lot from him. From her initial meeting in September it took Philip just three months to secure her right to remain in the UK. After 14 years of uncertainty Justine was finally a legal resident in the country she called home. Securing the right to remain in the UK was one of Justine's hurdles, but it is by no means the end of her story. Unfortunately Justine was taken into hospital in January, suffering from pain in her legs that was diagnosed as blood clots. After 10 days in the hospital she was able to return home on crutches. Since then she  has had to make weekly trips to the hospital with her symptoms persisting.

Her daily struggles continue as she waits for her national insurance details to come through so she can start applying for jobs; and she continues to worry about being a good mother to her daughter. Justine's tribulations have taught her a great deal about resilience. Her love for her daughter is evident and she has a kindness and concern for others which is moving. Despite her current difficulties in getting around she continues to volunteer at a homelessness organisation local area. Justine is currently receiving support from our  housing team  and  welfare rights officer. Her story illustrates that there is no quick fix for those living in poverty. The Centre  provides  multi-layered support for people facing a variety of challenges as they work to rebuild their lives.

With your help the Cardinal Hume Centre can be there as a support and an advocate for those who need it most. By pledging to donate to the Centre on a regular basis you are committing to giving people like Justine the ongoing help they need.*To protect her identity, Justine's name has been changed and a stock image used.