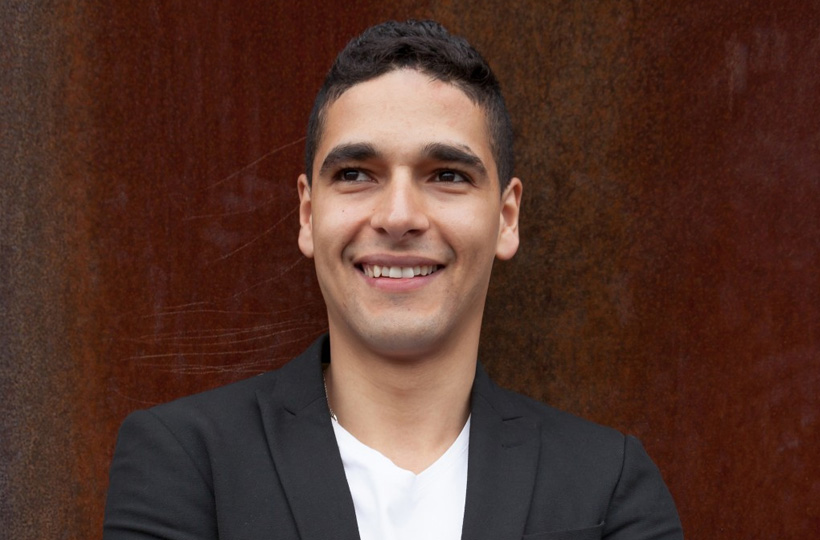 I was ill but it got to the level where I had to find work, because I couldn't see my mum struggle like that. Aaron, 27, was determined to find work to help pay rent despite been seriously ill and entitled to employment support allowance. When he was less than two years old Aaron was diagnosed with Leukaemia. His mother, concerned that he was not receiving the best treatment, sold everything she had to move to the UK with him and his sister and paid for private treatment. The family remained in the UK, as Aaron had ongoing health problems, and he has been in and out of hospital throughout his life.

The family moved from London to Essex after Aaron's mother remarried and set up her own business. However, when Aaron was 16 and his youngest sister just one year old, his step- father threw the entire family out on the street. He had complete control of the family's finances, so Aaron's mother was left homeless with no money and with three children to care for. All this happened while Aaron was once again undergoing chemotherapy. They moved from Essex back to London and were in an extremely difficult situation.  I've seen days you won't believe, says Aaron.

We had nothing really, so we all had to find work. I was still ill but we had to make some money. Aaron went on to work throughout his teens and early twenties, gaining a wealth of experience and skills, despite ongoing chemotherapy throughout much of this time. However in 2013 he lost his job due to concerns about his health. Aaron says:  I was considerably depressed. I thought that was it for me. When I was let go I felt really low. I didn't know how I was going to progress from there.

For a year Aaron wasn't working and was in and out of hospital. However, when his family home was in rent arrears he was determined to find a job to help with the rent. A friend told Aaron about the Cardinal Hume Centre and Aaron contacted us in late 2013. I hit rock bottom. I didn't think I could change things. It was difficult seeing my friends' progress while I was ill, they all got to go to University and it was hard seeing their success. I wondered why I was here. I thought this is it', if coming to the Centre doesn't work out that's it - this is my last chance.

Aaron had good work experience and a lot of enthusiasm but he was lacking in confidence. He met with the employment team and they helped him to move closer to getting a job. The employment team restructured my CV, helped me write my cover letter and I had lessons where they helped build my confidence up. The team here understood my situation, so when I was applying for jobs they helped me to target roles which wouldn't be physically demanding. Ben in the employment team had a contact at an International Bank who suggested Aaron be put forward for a temporary role in their HR team. The Employment Team helped Aaron prepare for his interview. He was delighted when he got the job and he quickly made an impression with his hard work and enthusiasm.

The team at the bank quickly recognised Aaron's potential and suggested he go for a six month role at the company responsible for all recruitment into the bank. It was a steep learning curve but one that Aaron embraced, taking on extra responsibility and building up a good rapport within the team. After two months Aaron was promoted to head administrator of the recruitment coordinators. At the end of his six month contract Aaron had gained the confidence he needed to apply for his next role. With Ben's support he is now working at TNS in a recruitment and training role and is a key member of the team, taking on increasing responsibility. He regularly attends the Centre's In-Work Club', which is run by the employment team on a monthly basis.

The club is one way in which the employment team help people to sustain work and move onto the next level. Aaron finds it really helpful speaking to others who may be in similar situations and it's an opportunity to share experiences and learn from one another.  The Centre is still helping me while I'm in employment. With other organisations, once you've got work, they are no longer able to support you. But I know that if I need help in any way or if I'm in a situation where I don't know what to do, I know I can call the Centre and ask for advice, that's the sort of service that's provided here.

Ben is incredibly proud of Aaron and everything he has achieved, and is proud of the example Aaron has set in spite of a difficult set of circumstances:  Aaron seized the opportunities the Centre offered with both hands. He is a wonderful example of overcoming adversity  " it is a privilege to work with him. Every day at the Centre we see people who just need that extra bit of support to turn their lives around. Aaron benefited from the advice and guidance given by the Centre's employment team and with their help and his own perseverance is now enjoying developing his career. Meeting the team at the Cardinal Hume Centre empowered me and pushed me in the right direction. They have 100% supported me the whole way; I couldn't ask for any better.