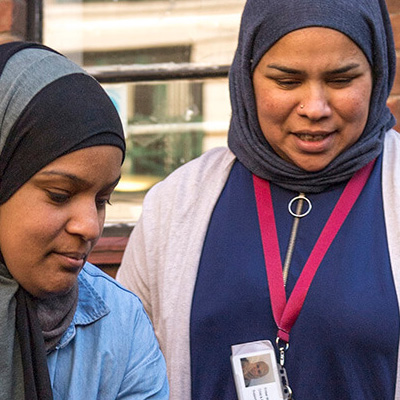 The Centre first opened its doors in 1986 with its founding ethos centred on supporting homeless young people and families living in temporary, poor quality accommodation. The aim was to provide a warm and non-judgemental welcome to all and a holistic, person-centred service all in one building.

It first opened its doors with the founding ethos centred on homeless young people and families, providing a holistic service addressing the whole range of their needs as a support centre for families living in temporary, poor quality accommodation and later established the hostel for young people.

Cardinal Hume, Bishop O’Donoghue and Sister Eileen O’Mahoney, purchased the property, which was originally the Sacred Heart convent, with help from the Brampton Trust and a loan from the Diocese of Westminster.

Over the next year the Centre developed according to the major needs identified through communication with the community it serves. The first major identified need is a place of refuge and support for young families living in bed and breakfast accommodation or bedsits. Therefore the Family Centre was opened at the end of October, staffed by volunteer Sisters. The medical surgery also opens in October.

Evolving and reacting quickly to demand, eleven rooms for homeless young people open on the top floor of the former convent building.

1993 saw The Horseferry Road Project and an 8-bed residential hostel opens in the space above the charity shop. The HRP hostel is specifically for people in substance misuse recovery who need a place to live while they get back on their feet. The Centre’s Annual revenue exceeded £500,000 for the first time.

Prompted by the Centre’s clients’ desire to develop their basic literacy and numeracy skills, the Education Project is launched.

Cardinal Basil Hume dies at the age of 76.

Work begins on a two-year building project to refurbish and extend the entire Centre, greatly increasing the hostel’s capacity. Many Cardinal Hume Centre day services are moved off-site for the duration of the building work. The Hostel's and administration offices remain open throughout.

The Centre undertakes a major organisational review resulting in a new mission of employability and financial inclusion, and a complete re-organisation of the staffing structure to put the client at the centre of all activities. New services of Adult Literacy and Basic Skills and Immigration Advice are introduced together with the new post of Partnerships Manager.

10 years after Cardinal Hume’s death the first Anniversary Mass celebrating his life and legacy in the work of the Centre takes place at Westminster Cathedral with its new Patron, Archbishop Vincent Nichols, presiding.

A record high of 1321 people including 815 new clients come through the Centre’s doors.

The Centre celebrates 25 years of being open and celebrations take place throughout the year, with a host of special events including a special Mass celebrated by Archbishop Vincent Nichols at the Centre. The George Basil Hume Foundation – the Centre’s group of regular givers – is launched.

An Action Plan to fully develop the Advice and Assessment service is implemented. Our Employment Team received their first contract with the Department for Work and Pensions, acknowledging their excellent work with long term unemployed.

Ambitious £1 milllion improvement works begin late Spring. The aim is to create a more welcome, accessible, modern, and flexible space. They include: new facilities for the Centre’s welcome and assessment staff, housing, welfare rights and immigration teams; better training facilities; and an attractive and welcoming new family and young people’s area – all to benefit people in need in the local community.

The project is completed on time, and on budget. The new “Hub” welcomes clients in October.

The Centre starts an in depth review of its mission and values. 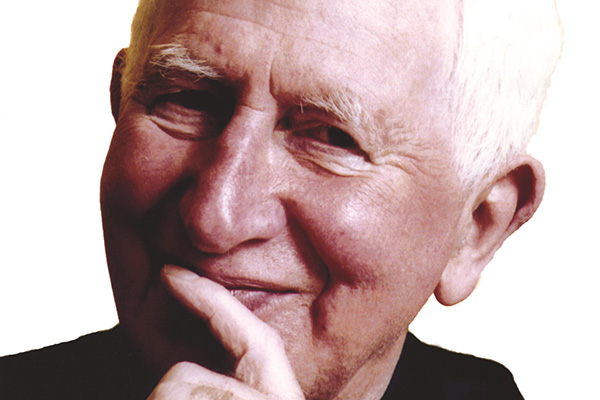 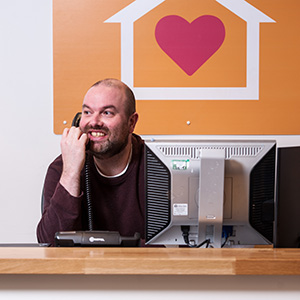 Our vision, mission and values guide everything we do. 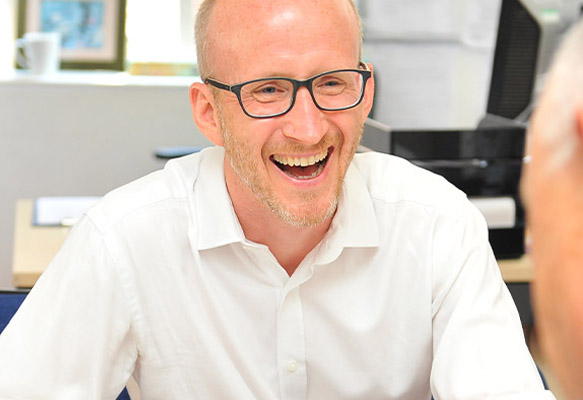 Learn more about our senior management, trustees and patrons. 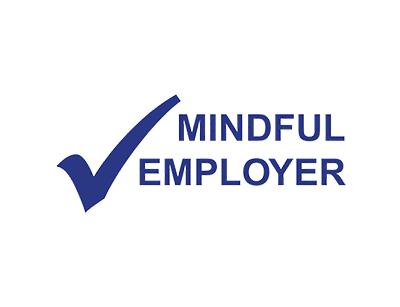