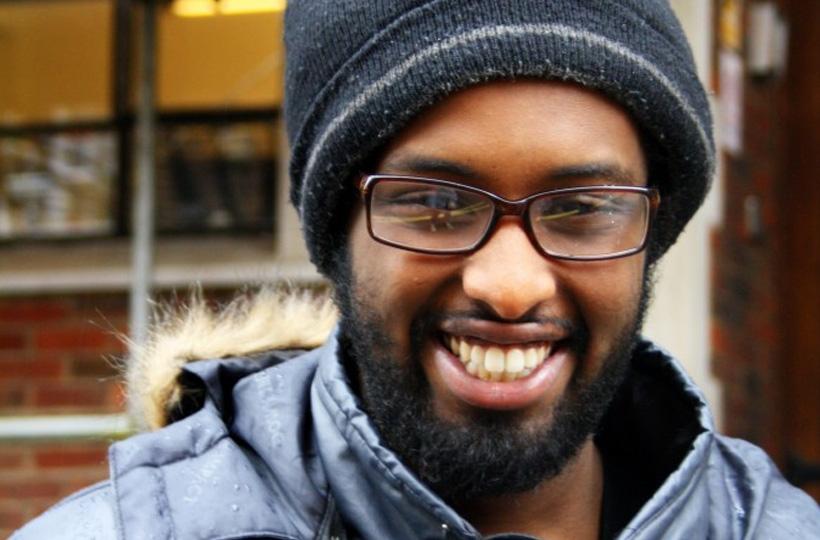 Once you have experienced losing everything, you've got nothing more to lose and the only way is to go back up.   The only thing you have is your life and the Centre has given me mine back Twenty-two-year-old Ismail, a former child soldier from Somalia, arrived at the Centre seeking just one thing  " help to find a job.   Having been in the UK for 6 years he had studied for a degree and worked in hotels which provided him with accommodation.   But having lost his hotel job he had nowhere to live and began to find it increasingly hard to even search for employment. Homeless, he was forced to sleep on the streets, or at Heathrow airport or on night buses.   He had a chest infection, blisters on his feet and was in a pretty poor way.

But he found details of the Centre on a leaflet from a job centre and arrived at the Gateway. Ismail was assessed by Centre staff and they offered him help and advice to find housing, a new job, and with claiming a Jobseekers Allowance.   He also received treatment for his chest infection from the onsite surgery. By using the computers at the Centre's Job Club, Ismail was able to search for jobs and applied for 300 to 400 jobs a week.   Once he started getting interviews Centre staff provided him with a suit and helped him practice interview techniques. Housing staff also helped him to find accommodation and Ismail is now working and living in a bedsit flat in Covent Garden. He has had two jobs since leaving one as a market researcher and one as a salesman and is now setting up his own business.

The staff at the Centre have helped me to find get my life back again.   I was at a stage when my life was going nowhere.   But they pushed themselves to the limit and did much more for me than I could ever have expected. Being on the streets has taught me a lot about life. Once you have been in this situation you have hit rock bottom and once reached it you would be stupid to hit it again. Homeless people need to be given more help, guidance and support to get off the streets.   The sort of support I have had at the Centre. "Please help bring hope to people like Ismail, by making a donation to the Centre today: