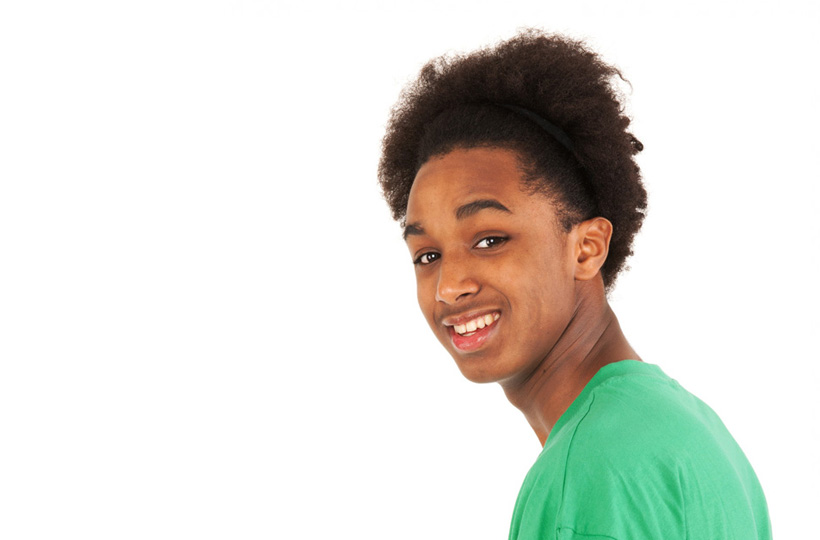 At  just 17 years old, Omar is the youngest person living in the Centre's Hostel. Born into a rough area of London, he worried his life would get sucked into criminal activities and gangs, so he took the brave decision to leave home. With support from the Centre he has just been accepted by Barclays to do a business internship, as well as recently passing a football trial for Tottenham! Before coming to the Centre, Omar had done incredibly well in his GCSE's, getting 7 A's and 2 B's, but the area he was living in meant he found it difficult to take the next steps in his life. "When I was at home, it wasn't great. There are no opportunities, and I didn't want to get any more involved with the police. I had done enough bad things that, when I was walking down the street, I was always looking over my shoulder. I realised that my life was going down the wrong path.

Omar decided he needed to just get out. He had a friend who was living at the Cardinal Hume Centre, and so came straight to him: My mate had a room at the Centre; he let me stay on the floor for a few nights. I was homeless for a time. Sometimes I was staying with friends, or in other hostels. In the end I applied for a place at the Centre. Having a safe place to stay was the starting point that Omar needed, and he settled in straight away. I was so relieved. No more worrying about where I was going to stay. No more where am I going to go'? It gave me a place to keep my head, to have focus.

Nobody knew me, so it was the chance to give a new impression and to have a fresh start. Hostel life isn't always easy. Living in a place where there are lots of young people who are all struggling, can create a difficult environment. It's hard, as you can often have a lot of time on your hands. It's so easy to end up sitting in your room doing nothing, and become lazy. I used to go for a run nearly every day  " now I don't. I wish the hostel staff could put on more activities, like weekly football. If we had somewhere nearby where we could play I would take people out myself. Despite these difficulties, Omar has really impressed staff with his enthusiasm and determination to make something of himself. As his coach, Debra Francis says: I am so proud of Omar.

He has been so dedicated to building a better future for himself. I am so proud of him for securing the internship at Barclays. I just kept saying how proud I was of him. He is such a star. Omar is delighted with his dream job at Barclays, and although he would like to play football professionally, he is more driven by making his future a definite success. I have ambition with sport, but you have to be sensible. One injury and it could all be over. Football isn't forever. I want to have plenty of plans lined up for my future.  I want to be successful. I did well in my GCSEs, so hopefully I will have lots of opportunities.

I am lucky that my parents are supportive of me, and hopefully I can make them proud. Now he has found work, Omar is saving everything he can to buy a car, and with help from Centre staff he is making plans to move out of the Centre, and leave hostel life behind him. Omar is just one of many people work who come to the Centre every day, desperate for help. We know that with support from the Centre, people can change their life for the better. But we can't do it without you. Please help to bring hope to people like Omar, by making a donation to the Centre today:

To protect Omar's identity, a stock image has been used.