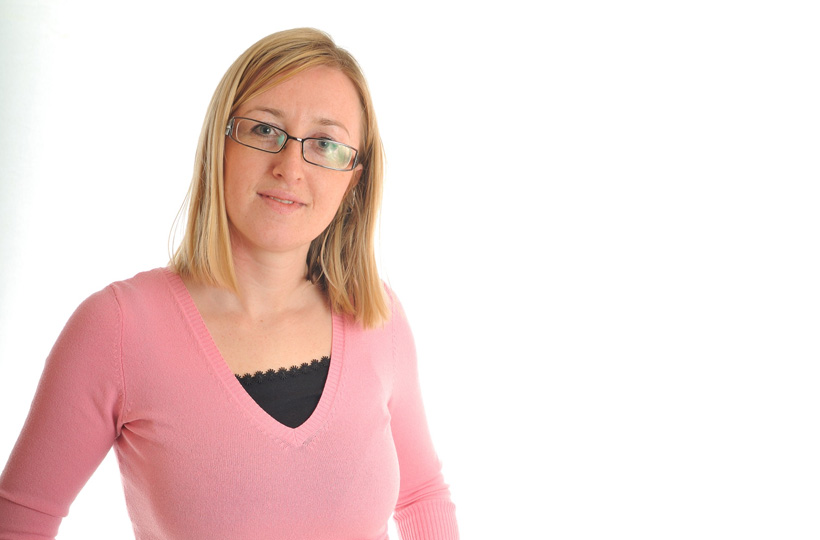 Theresa was born and grew up in France, but moved to the UK as a teenager to study and learn English. While she was here she met a man, but once they were married she suffered terrible domestic abuse. Too ashamed to go home to her family in France, she built her life around her two sons. When her sons became teenagers, she found that she was pregnant again, aged 33. My husband was violent with me. It happened as soon as we were married. I stayed in our home until my son's were teenagers, I was too scared to leave. But when I found myself pregnant again, I knew I had to escape. I couldn't do it again

Determined not to bring another child into a violent home, Theresa fled to a refuge near to the Cardinal Hume Centre, but unfortunately the refuge could only house women for up to six months, so she came to the Centre for help. I was so frightened. I was terrified I would have to go back to him.

Our housing team were determined to help her. Theresa had no links to the local area, so it was impossible to find social housing quick enough, but as she had never been allowed to work, she had no deposit for a private rented flat. The Centre's housing team, used all their connections, and managed to obtain a  £1000 deposit bond on her behalf. The next hurdle was to persuade a landlord to take her on. Usually the first few months rent are paid in advance, but Theresa was pregnant and couldn't work, and it can take weeks to sort out benefits.

Thankfully though, the housing team managed to persuade a landlord to take her on based on paying each month in arrears. Theresa was delighted: I could not have done it without their help. They fought for me every step of the way. They even helped me to move in, sort out the bills, my benefits and find some cheap furnishings so I could set up a home for my family .Theresa is just one of many people work who come to the Centre every day, desperate for help. We know that with support from the Centre, people can change their life for the better. But we can't do it without you. Please help to bring hope to people like Theresa, by making a donation to the Centre today.