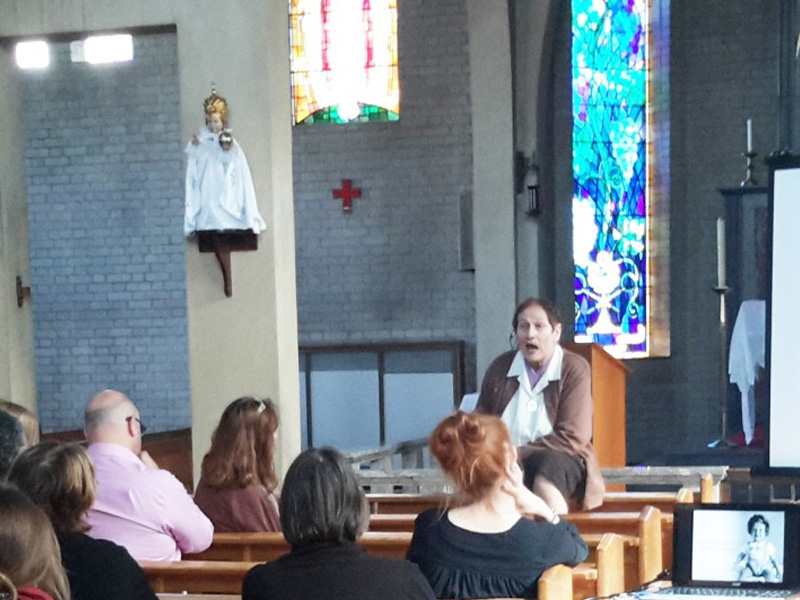 On November 9th, 1938, Kristallnacht' or Night of the Broken Glass' brought the Nazis' actions to the attention of the rest of the world. It was after this blatant display of violence and hatred  that the English government organised for children from Germany and Austria to be sent over (without their parents) to England. Ten thousand Jewish children were sent on trains over to England on the Kindertransport. One of these children, Ruth Barnett, was four years old  when she travelled with her older brother to England.

We were lucky enough to have Ruth in the Centre to talk to us about her journey and the positive impact the acceptance of the Jewish refugee children by the British public had. She stressed the importance of not being indifferent to the suffering of others and doing what we can to help. This particularly resonates now because of the thousands of refugees who have no other option than to come to Europe in the hope of a better life; many of these being unaccompanied minors. Ruth also spoke about how important it is for us to understand the trauma of war and separation; when Ruth was reunited with her parents she saw them as strangers, for ten years she had grown up in England and heard propaganda about how bad her home country of Germany was; so much so that she was very reluctant to return there with her parents when the war was over. She no longer spoke German and although she initially moved back to Germany Ruth ended up coming back to England and settling here.

She drew stark similarities with the current political climate; in particular the amendment brought forward by Lord Dubs to accept a further 3000 unaccompanied child refugees which was rejected in the Commons vote this week. There was just eighteen votes stopping an amendment to the Immigration bill being passed and a further 3000 children being given a better life in the UK. There is no argument more powerful for accepting the unaccompanied refugee children than the testament and success of those who travelled on the Kindertransport, an experience both Ruth and Lord Dubs shared. We need to continue using the lessons of the past to not only make sure we learn from the mistakes but also to repeat the positive things. In this case it is accepting unaccompanied minors fleeing from war torn countries and helping them make a better life for themselves.