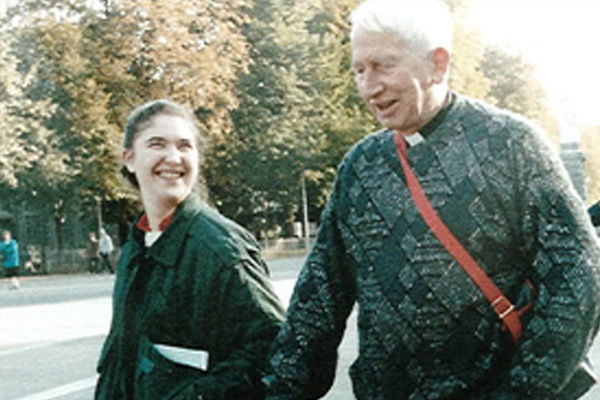 Carmel-Anne Wright (now Hayes) studied physiotherapy in Kettering in the 90s and then continued her studies in London. It was there that she got involved with the Young Adult Pilgrims programme, organised by Cardinal Hume.

When Cardinal Hume was recovering from a hip operation, Carmel-Anne acted as his physiotherapist, although George Basil called her a 'phsyio-terrorist'.

Carmel-Anne recently made a donation to the Centre and sent us this photo. She is now married and has three children. She lives in Dublin.